If I was being honest with myself my relationship with alcohol has always been a bit dysfunctional.

I come by it honestly, I come from a background on both sides of alcoholism, thats not a cop out or an excuse its just a fact.

In my mid to late teens I used alcohol to fit in with my peers, stifle the depression that didn’t have a name at that time and defeat my crushingly low self esteem.

When I became a mother at 19 my life changed and so did I to some extent. I had a different purpose, a reason to be different I had to be present for my son.

Then along came a cross country move and more freedom with extended family members close by to watch my now 3 year old son.

I think at the age of 23 and well into my early 30’s drinking was what I did to be social. But if I’m being truly honest social drinking was just a term I used to disguise the binge drinking I was doing.  My idea of “going out” included getting exceedingly hammered and being put in precarious situations, in the name of having fun.

While I managed to have a fairly decent track record of not drinking every weekend and even going months without drinking I always had an all or nothing attitude around alcohol and could never understand what the point of having just one or two drinks was. You drank to get drunk…end of story.

It wasn’t until October 2016 that I had my last precarious situation and I decided that enough was enough and I got sober curious.

Well it was a moment where I started asking myself if drinking alcohol made me feel good – mind, body, spirit? Was it a crutch for me? Was I able to heal emotionally the way I wanted to while still having a relationship with alcohol? Was alcohol increasing my happiness and getting me closer to my goals?

The undeniable answer was NO.

So I made a pact with with myself to not have a drink for 12 weeks. I needed a break to clear the cobwebs and reflect on who I truly wanted to be. And the answers came to me not all at once but through continuing my healthy lifestyle of clean eating, exercising, journaling daily and taking time to really reflect on what I wanted my life to look like I came to some conclusions.

What I really wanted was deeper and meaningful connections with myself, my family and my friends.  Alcohol only muddied my experience of life.  If I drank and had a hangover it took me days to recuperate throwing my whole healthy living lifestyle on its head.  It seemed like every “night out” was an excuse to drink and I was so done with wanting and needing that to have a good time – I wanted to experience joy without the aid of alcohol. I wanted to wake up on a trip and not feel wreaked from a night of drinking. I wanted to feel good all the time and feel good about feeling good.

Don’t get me wrong those first 12 weeks were hard. I spent my very first New Years Eve that I can ever remember, sober.  I even went to a house party on my own (my husband and son were traveling to visit relatives) and I stayed sober in a room full of people partying in the new year.

But you know what happened on January 1st 2017? I woke up early and felt great! It was magical and made me want more.

Ever since that first 12 week pact I haven’t had a drink since. It has been 16 months and I feel more free, clear and joyful than I ever have.

I have delved deeper into my self discovery than I ever thought possible and I do it free and clear of substances.

I don’t know if I will never drink again, but for now and for the foreseeable future I would rather drink tumeric tonics than vodka ones.

I wanted to share my relationship with alcohol with you in hopes it resonates with someone and maybe just maybe gets you thinking sober curious thoughts too.

Its the best I have felt in years <3 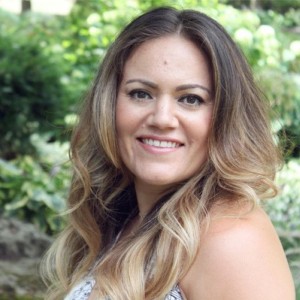 Wife & Mama to a blended family of 3 boys, down to earth & easygoing. Perpetually working towards a holistic lifestyle, living my life like a spiritual gangster and all the while creating balanced chaos.

20 years ago I became a Mom. This life long job of

Never miss a Monday! I got up on time at 8am toda

My baby is in the hospital 3 days before his 20th

And then u have things happen in your life and you

Geni is in a 4 inch topknot & isn’t taking bulls

Another day, another #hike, in another #forest, wi

9 days until me and my friend Amanda @4mindbodyand

I can’t remember the last time I introduced myse

This error message is only visible to WordPress admins

Warning: Invalid argument supplied for foreach() in /home/lifebymo/www.lifebyalicia.com/wp-content/plugins/feed-them-social/feeds/pinterest/class-fts-pinterest-feed.php on line 359